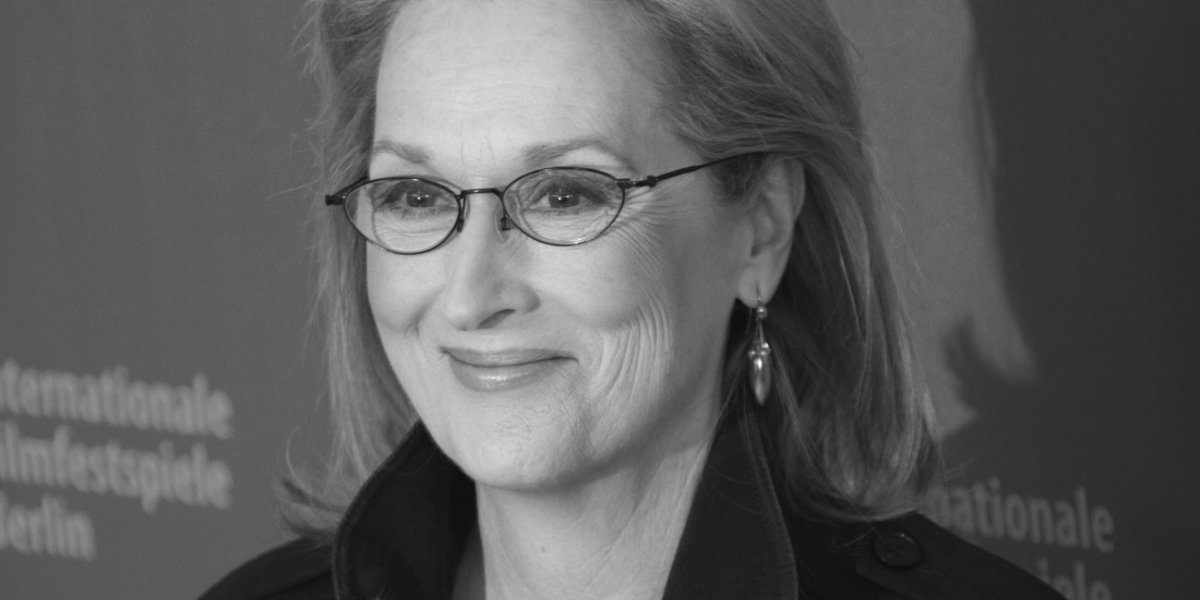 A Suffragette who is Larger Than Life!

Today, I'm going to introduce you to one of Hollywood's most committed actresses: Meryl Streep, with more than forty years of career to her credit! From "Mamma Mia!" to “Sophie's Choice”, via “The Devil Wears Prada”, she is one of the most influential women, and represents an icon who can be appreciated by all.

Pledges and Commitments
Meryl Streep is known for her feminist commitment. In particular, when she accompanied Michelle Obama to Morocco for the"Let girls learn", program,to open the doors of education to girls around the world. Meryl also joined "Time's Up", a movement to fund legal support for victims of harassment and sexual assault.
In addition to her commitments for the causes of women, she also stars in the latest socio-political film: "Don't Look Up", which deals with the denial of our society, in the face of climate change.
To return to her feminist commitment, Meryl Streep saw herself on the poster for the film “Suffragette”, dealing with activism for women’s suffrage. In most of the characters she embodies, she delivers a message of the utmost importance, especially here, with an encouragement given to women to defend their own convictions. And, when this film was released, she also took her courage in both hands and sent a full-bodied, spicy letter to all the members of Congress, advocating gender equality!

Equal Rights Amendment
This little reminder which Meryl Streep sent to the members of Congress regarding the question of gender equality in the form of a letter, was attached to “Equal Means Equal”, a book by Jessica Neuwirth, tracing the history of the “Equal Rights Amendment” (ERA), together with a pen, denouncing the absence of policies concerning the ratification of this amendment. But what is this amendment about?
Well. it dates from 1972 and guarantees equality between men and women in all the spheres of society with the direct initiative to “educate individuals and engage communities on the role of the amendment in eradicating the inequalities faced by women across the country.”
And even though the 14th Amendment states, “No state shall make or enforce any law restricting the privileges or immunities of citizens of the United States; deprive any person of their life, liberty or property without due process of law; nor will it deny anyone within its jurisdiction the equal protection of the laws”, this is not fully applied when discrimination against women arises! Hence the ERA amendment project to redefine the place of women as being equal to men.

A strong opposition!
A wave of opposition then arose. A movement called “Stop ERA” was created by Phyllis Schlafly, a right-wing Republican, proclaiming: “Only gays and lesbians will benefit from this amendment. Women will lose out, families and society too”. It was then that many other arguments contesting the adoption of this amendment emerged. From "there will be no more separate toilets for men and women in public places" to "forcing American mothers to fight in the military" to the ultimate blunder of "forcing everyone to treat men and women the same.”
According to some supporters of the "Stop ERA" movement, this could only lead to an increase in the abortion rate, with a mention favoring LGBT people... Meryl Streep therefore took the lead, trying to revitalize and to bring this amendment up to date… To be seen in the next episode, if her action will bear fruit! So, let’s cross our fingers!

You Can Also Read...